Financial markets: why you should care about them

By sanjanachappalli14 April 2020No Comments

Home » My writing » Finance » Financial markets: why you should care about them

They weren’t the only ones to lose money. Entrepreneurs, lawyers, marketers, taxi drivers – all of us – across the world lost money on that day when the global financial markets crashed.

The US’ Dow Jones Industrial Average, NASDAQ, S&P 500, London’s FTSE plunged along with the indexes in Canada, Brazil, Australia, Japan, Singapore, Hong Kong, India, Italy, Germany and several other markets. It was the biggest drop ever. There was in fact a 15 minute stop to all the trading to prevent the crash from going more south than it did.

Commentators labelled 9 March 2020 as Black Monday after the crash on 19 October 1987. I won’t launch into the reasons for the crash since there is a lot of commentary on it already. Briefly, the global markets crashed because of the ongoing corona virus pandemic and the oil price war between Russia and Saudi Arabia.

Financial markets – no skin in the game?

No one could have predicted the crash. What happened on 9 March was in fact part of a downward trend that began three weeks earlier. There is a pattern in the downturn there that is worth looking into – fodder for another article. Black Monday 2020 was followed by Black Thursday and then, a week later, by Black Monday II.

I spent hours on Bloomberg on 9 March listening to the analyses and watching the markets move. When I asked people around me what they thought of the events that were unfolding, the overriding reaction was one of apathy. Their reactions ranged from “I don’t follow the financial world closely.” “I don’t understand jargon.” “I don’t invest in the markets; I have next to no skin in the game.” I was stunned. I didn’t know that most folks only skimmed headlines about the financial world, if at all.

The financial markets though impact all of us – even if we don’t invest directly in them. Sounds incredible?

The pension fund we are contributing into is most likely linked to the financial market directly or indirectly. I can talk about the pension funds in Singapore, India and the US since these are countries I lived in, have paid taxes in or have a direct connection to them.

How is the CPF linked to the financial market then? The Singapore government transfers the proceeds from SGSS to a fund manager, GIC, to invest in the market. GIC, like every other fund management company in the world, takes hits to its portfolio based on the market it has invested in.

If we contribute into the Public Provident Fund (PPF), our money is linked to the financial market. The Indian government pools all the funds from PPF (and various other savings schemes) into a National Small Savings Fund. The NSSF is then used to buy government securities (G-Secs). These securities are then traded in the financial markets. (A part of the NSSF is also used to fund central and state run public sector corporations.) No surprises then that the rate of interest that is applied to the funds in the PPF account naturally fluctuates.

The link between a retirement fund and the financial market is far less nebulous. If we are contributing into a 401 (k) account, we are bound to the ups and downs of the financial markets. Unlike Singapore and India, in the US, employees (and I am going to quote Investopedia here)

“…choose the specific investments within their 401(k) accounts, from the selection their employer offers. Those offerings typically include an assortment of stock and bond mutual funds as well as target-date funds that hold a mixture of stocks and bonds appropriate in terms of risk for when that person expects to retire. They may also include guaranteed investment contracts (GICs) issued by insurance companies and sometimes the employer’s own stock.”

In simpler terms, a 401(k) plan lets us set aside money from our paycheck, choose a financial product and invest it in the market. The hope is of course that the value of the stocks and bonds that we invest in increases over the years. And at a pace that is faster than the inflation rate.

Are pension funds the only connect that we have with the financial markets if we don’t invest in it? Absolutely not. It affects our lives in several other ways. 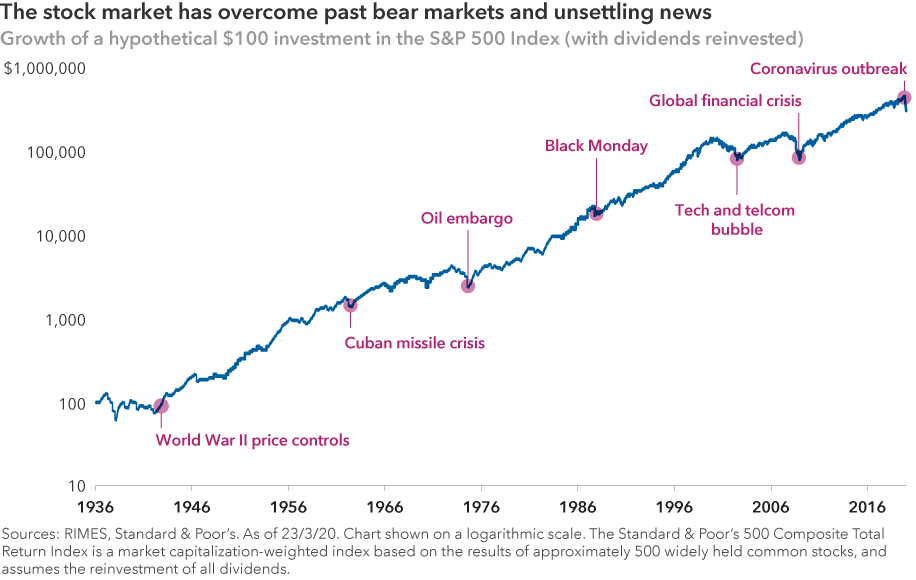 In the current market conditions, when even analysts’ aren’t sure if the financial markets are recovering or the worst is yet to come, it is important that we all uncover the impact that markets have on our lives.

I’m tuned in. I hope you are too. There is a lot at stake.

Is there another impact that you see the financial market having on your life as a non-investor? I’d love to hear your story.

Photo by Fabian Blank on Unsplash

Want to hear from me?

If you are looking for a writer/ghostwriter or a marketing strategist, let’s talk.